The Eclipse of the sun is an awe-inspiring phenomenon. It is no wonder so many early civilizations believed to be the end of the world or omens. The word eclipse is of Greek origin, meaning “to fail to appear.”

As we are going to observe the annular solar eclipse on June 21st, 2020, I thought why not plunge into the fascinating phenomena.

So here I am sharing different aspects, impacts, facts, and acts about the solar eclipse.

The solar eclipse and its different forms

A solar eclipse occurs as the moon passes between the earth and the sun, and the moon casts a shadow over the earth. The solar eclipse will take place only in the phase of the new moon. During that time, the moon moves directly between the sun and the earth, and its shadow falls on the surface of the earth.

The eclipse has two types of shadows: the umbra where all sunlight is blocked out. It is surrounded by the penumbra, a lighter, funnel-shaped shadow from which sunlight is partially obscured.

These are a happy accident of nature. The sun’s diameter is fully 400 times greater than that moon. But the moon also happens to be about 400 times closer to Earth than the sun. The new moon can appear to completely blot out the disk of the sun. On average, a total eclipse occurs somewhere on Earth about every 18 months.

A partial solar eclipse occurs when only the penumbra (the partial shadow) passes over you. In these cases, a part of the sun always remains in view during the eclipse.

An annular solar eclipse is like a total eclipse in that the moon appears to pass centrally across the sun. The difference is the moon is too small to cover the disk of the sun completely. This gives you a full “ring of fire” view.

This special type of eclipse occurs when the moon’s distance is near its limit for the umbra to reach Earth. In most cases, it starts as an annular eclipse; then it becomes total, then finally it returns to annular toward the end of the path.

Solar eclipses occur at least twice each year (and sometimes as many as five times in a year) when a new moon will align itself in just such a way to eclipse the sun.

Solar eclipses have been observed throughout history. Ancient eclipse records made in China and Babylonia are believed to be over 4,500 years ago.

In ancient China, the solar and lunar eclipses were seen as celestial signs foretelling the Emperor’s future. The ancient Chinese assumed that solar eclipses would occur as the mythical celestial dragon swallowed the sun. Astronomical computing allows astronomers to measure the dates and routes of future and past eclipses with great precision. Many ancient eclipse reports have been especially important for astronomers and historians because they have made it possible for some historical periods and events to be dated precisely.

Astronomers can also examine ancient eclipse records to measure the rate of Earth’s spin about its axis over the past millenniums.

Like the Chinese and Egyptian astronomers, Babylonian astronomers closely observed the motions of the Sun, Moon, and planets, and kept records of celestial events. They are also credited with a remarkable contribution to ancient astronomy.

Eratosthenes (276-194 BCE) estimated the circumference of the earth with remarkable accuracy by measuring the angles of the shadows cast at noon in Aswan and Alexandria on the day of the summer solstice.

Aristarchus (approx. 320 – 250 BCE) made a rough estimate of the lunar diameter and proposed the first known heliocentric model of the Universe. The Sun, not the Earth, is at the center of the Universe in this model. Hipparchus (190 – 120 BCE) calculated the first measurement of precession and compiled the first catalog of stars.

Ancient Greek astronomers also had great knowledge of eclipses. Two solar eclipses were of particular significance in the history of modern science. The element helium was discovered by the French astronomer Jules Janssen (1824-1907) on 18 August 1868 when he observed the spectrum of the Sun during the total eclipse in India.

The total solar eclipse of 29 May 1919 is famous for the astronomical observations made during that eclipse and confirmed some of Einstein ‘s work on general relativity.

In horoscopes, eclipses are considered portals for exponential growth. Eclipses are a flow period, due to both internal and external circumstances. People often expect to be forced to face change in a way that may be uncomfortable but ultimately lead to maturity. Lunar eclipses and solar eclipses are both times when sudden changes occur in our lives, but many people do not understand how these changes take shape.

Here are some ways of interpreting what this Sunday’s solar eclipse means spiritually for you.

In astrology, solar eclipses always coincide with the New Moon. In astrology, the Sun is the planet that represents our focus, our deepest desires, our goals, and our outer self. The star of the solar system is seen as the planet of our personality, self-expression, and the observable forms in which we communicate in the universe. The Sun is also the planet responsible for governing our extroversion, for the personal significance of our aims and desires, and for whom we are most outgoing.

Avoid a direct view of the sun

The intensity of the rays of the sun at this time that can damage the cells in the eye causing retinal burns. Here are the ways to watch the solar eclipse safely.

You can also watch through live streaming from any of these streaming channels.

It is recommended that you take a bath after a solar eclipse. This is to protect our body from any harmful effects of microorganism growth. It helps with digestion. This also allows both the mind and the body to relax.

The sun’s blue and ultraviolet rays act as natural disinfectants. Given the absence of this additional and natural protection mechanism, it is advised that we should stop eating at least two hours before the solar eclipse.

Prepare fresh food after the eclipse 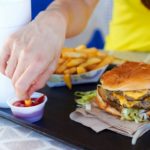 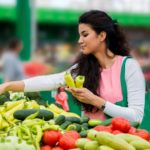