There is a lot more to the tiny Diya than its evident use of providing light and aesthetics. Its slight blinking flames are a sight to behold.

On Diwali, the festival of lights, people light millions of diyas. These beautiful diyas hold a deep significance and are symbolic of our journey to enlightenment.

Oil lamps were a part of various traditions and cultures around the world until electric lights became popular.

The history of lighting is a history of our learning the technical art of producing and delivering light.

About 15,000 to 30,000 years ago, in the Late Stone Age (or Upper Paleolithic), humans painted elaborate images deep within several caves in western Europe. The best-known of them is Lascaux in southwestern France. Narrow and deep, the caves are impenetrable to daylight, making it impossible for the artists to have painted without some sustained source of artificial light.

Experts postulate that these primitive Rembrandts placed a few lumps of animal fat on a stone with a small manmade depression. Then they lit the fat with a burning faggot from the always-tended campfire not far away. The evidence indicates that to produce the hundreds of artworks now considered some of the world’s oldest, the painters must have manufactured some of the world’s first lamps as well.

As the human culture progressed, so did lamp construction. Lamps were made from shells, bone, stone, and chalk. They were fueled by whatever naturally burning organic substance was locally available.

Evidence of oil being burned in lamps emerged more than 4,500 years ago in Ur, an ancient city in southern Mesopotamia (modern-day Iraq). The earliest lighting oils were made from olives and seeds. About 3,500 years ago, sesame plants were being cultivated in Babylon and Assyria, and oil from the seed was being burned. Olive and sesame oils were burned in small lamps, sometimes with a wick formed from a rush or twisted strand of linen. Lamps of stone, terra cotta, metal, shell, and other materials have been found throughout the ancient world. 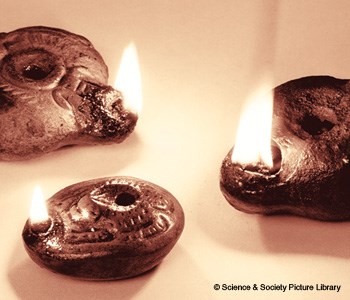 Later, large numbers of Roman lamps were manufactured using molds instead of hand-forming techniques. They are among the earliest examples of mass-produced housewares. Roman lamps had covers and sometimes multiple spouts and wicks that provided considerable light. It was in the orange-red glow of burning oil lamps that people like Aristophanes wrote, Socrates philosophized, and Archimedes invented.

In manuscripts, the history of Diya revolves around the popular belief from the epic of Ramayana. In northern India, the tale talks about the holy Lord Rama’s return from 12 years of exile. And to celebrate that return of their beloved hero, people of Ayodhya lighted these earthen lamps in every single corner of their home, to invite happiness and prosperity.

While in southern India, the ancient story talks about the Goddess Durga’s triumph over the evil demon Narakasura. This triumph of good over evil brings back the light of truth and knowledge to mankind.

Designing and fabricating a simple Diya is easy and fun, and quite possibly, useful. But best of all, when you do it, you form a connection with the technology of the earliest times of human civilization.

Diya is an important part of the prayer, and it signifies purity, goodness, good luck, and power.  Evil spirits and powers are thought to gain strength and become aggressive when there is no light. So, diyas are lit to weaken those evil forces in every corner of the house.

In every Hindu household, a lamp is lit daily in front of the family deity. In some houses, it is lit at dawn, in some, twice a day – at dawn and dusk – and in a few, it is maintained continuously throughout the day (Akhanda Deepa). Some light the lamp even if there is no idol or image present. Every auspicious function commences with the lighting of the lamp or Diya, which is often maintained right through the occasion.

Light symbolizes knowledge, and darkness, ignorance. The Lord is the source and the illuminator. Hence light is worshiped as the Lord himself. This is the light that guides us through our lives. Knowledge removes ignorance just as light removes darkness. Also, it is a lasting inner wealth by which all outer achievement can be accomplished. Hence, we light the lamp to bow down in prayer for knowledge, the greatest of all forms of wealth.

There is a deeper significance to the Diya.  The oil in the diya symbolizes the dirt in the human mind — such as greed, jealousy, hatred, lust, etc. — which human beings tend to nurture. The cotton in the diya is symbolic of the soul. The diya presents light when the oil is burnt by the wick. Hence, the lighting of the diyas signifies that one needs to get rid of the selfish and materialistic thoughts. This frees one from all forms of sadness, guiding the path to enlightenment and to connect with the Supreme Being.

The use of ghee and various oils to light the diya also has its significance. 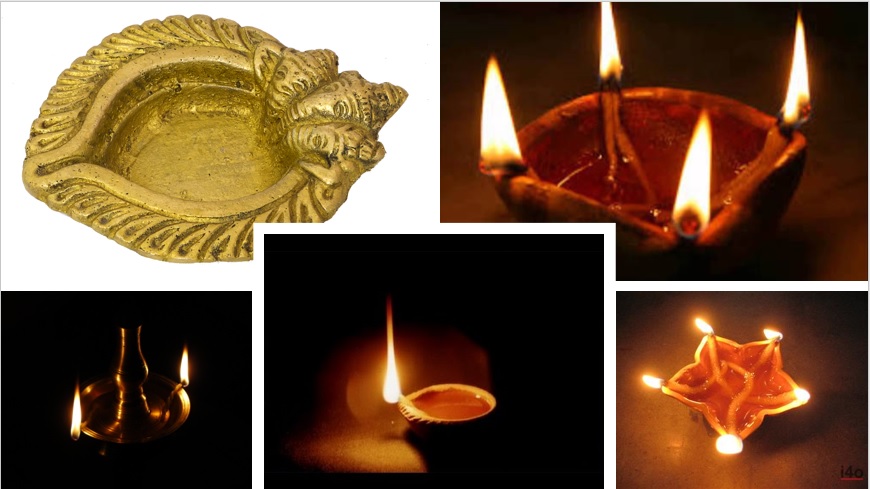 The significance of the number of wicks in the Diya is:

Earthen diyas are most used. The reason is simple. They come cheap and are easily available. You can, however, use even brass, silver, or gold lamps too, if you can afford it!

Do you know there is a scientific reason too behind this tradition?

The light of diya produces magnetic changes in the atmosphere of the surroundings. The electromagnetic force produced henceforth lingers on the skin for at least three hours and activate blood cells.

Secondly, diyas are burnt during the festival of Diwali, which comes in the month of October-November. This is a time when geographically, the western disturbances bring rain in northern India. Due to rains, the atmosphere becomes humid- a condition that supports the spread of bacteria and insects. In such a situation, the fire of diya and the chemicals it releases in the air kill the germs.

We have all seen our elders light a lamp in the morning and/or evening at our homes. However, what is the significance of this diya that they ask us to light in front of our Gods and Goddesses daily? There are certain important astrological reasons behind this pious process explained in our Hindu Shastras.

The fire, one of the five elements – air, water, fire, earth, and space, is the purest element and the best way of offering our salutations to God. The lamps are basically supposed to be lit at two out of three turning points of a day, i.e., at dusk and at dawn. It is done to banish all the negative energies that are prevalent during these times and bring light and energy into our lives.

Importance of Lighting Lamps at Home

Now that you know why our elders always asked us to light a diya at home regularly, we hope that you will take away some time from your hectic lifestyle to light a lamp before you leave home in the morning and after you return in the evening. 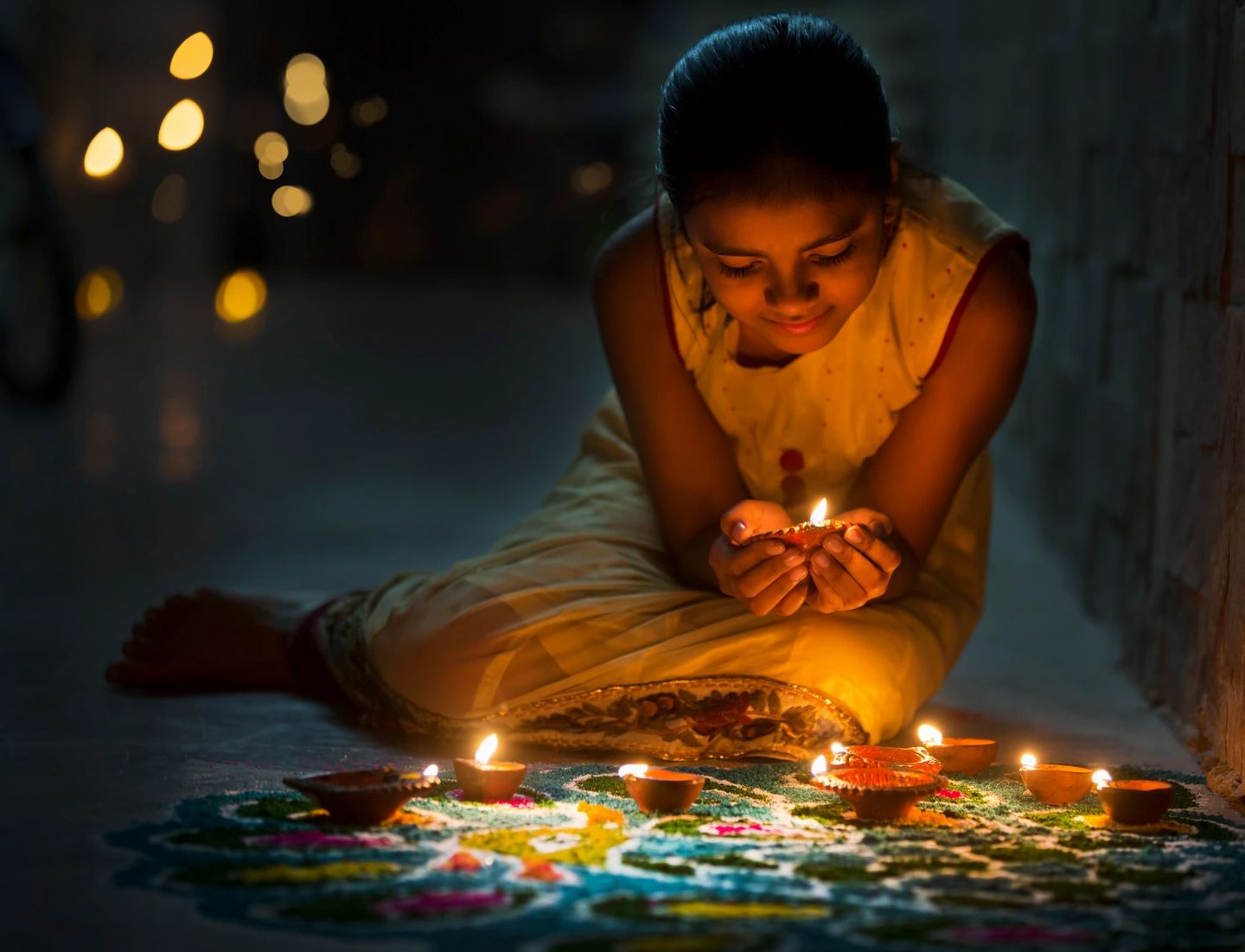 With a single Diya, we can light many more lights. But the original lamp does not diminish when helping to light others. This shows that our knowledge does not decrease when we share it with others. The clarity and conviction increase in giving and, so the giver and receiver are both benefitted.

So, light Diya and light up your life!!! 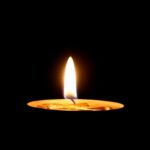 The shine of light

Festivals of light around the world 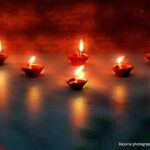